The owners of this home needed additional space and increased functionality but didn’t want to leave the area they loved so much. So, instead of selling their home and searching for a new one, they elected to do a full redesign and remodel, including their guest house, exterior landscaping and pool area.

To accommodate the additional space needed for their active, growing family, we designed an addition that included a family room with entertainment center, powder room and extra bedroom. One major priority was to integrate the small, enclosed kitchen and separate dining room into an entertainment area for family and friends–without sacrificing beauty and function.

The existing kitchen was opened up by removing load bearing and partitioning walls that previously prohibited easy access from the dining and living rooms. These areas were redesigned to create greater functionality for multiple cooks, including increased counter space and a buffet-style serving area that wraps its way into the dining area. The cabinet space was nearly tripled, while the refrigerator and freezer capacities doubled. A large walk in pantry keeps bulk foods and supplies out of sight.

The master bathroom was also deficient in providing adequate storage space. Adult-height cabinetry was added with a kitchen-style Lazy Susan for storing personal grooming items, toiletries and linens. The shower, which was not initially tall enough for its occupants, was enlarged, the shower door was eliminated; and multiple showerheads were added, offering a spa-like quality. The master bedroom, closed away from the pool area, was outfitted with a door for access onto a private courtyard with spa and lounging area.

On the outside, the landscaping, pool and exterior of the home also needed rejuvenation. We updated the entire exterior, including the roof, stucco siding and stack stone, windows, custom garage doors, landscape lighting and irrigation. The existing pool decking was replaced with flagstone and was fitted with a custom load-bearing pool cover that automatically retracts when the pool deck is open. Automated controls provide activation of special water features, custom misting and fog systems via buttons placed at the patio door.

A “sport court” for basketball and tennis was built in the center of the yard; and a hardened bike path that meanders through the landscape and water features was added for the children. And lastly but not least, the guest house was renovated prior to the main house remodel, providing the family with temporary quarters. The space was converted from a one bedroom and office combination to a two-bedroom, two-bath home with a kitchen and living area, family/game room and re-designed master suite. 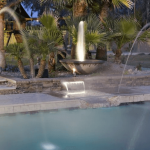 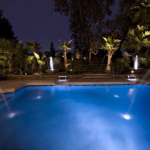 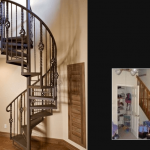 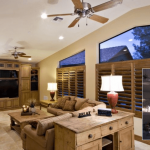 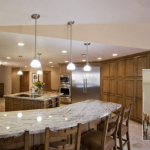 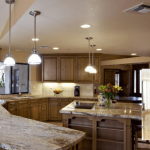 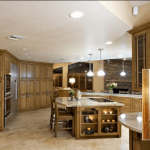 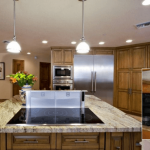 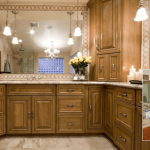 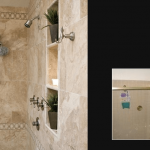 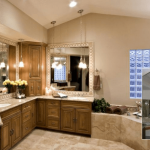 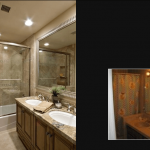 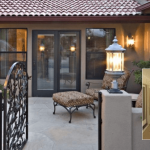 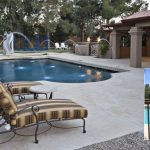 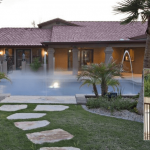 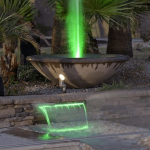 When you consult with us on our services, we go through each step in detail so you know exactly what to expect.
Project Analysis
A Project Consultant will schedule an in-home consultation to learn more about your vision for your project and then will create a plan that matches your needs and budget.
Schedule an Appointment Today
Permitting
We will flesh out your project’s details and provide conceptual drawings for our design team so construction documents can be generated and approved, allowing the project to move forward.
Get Started Today
Building Services
During the construction phase of your project, your Project Consultant and Superintendent will meet with you regularly to keep you up to date every step of the way.
Call Today to Learn More
Project Close Out
After your project is complete, we will perform a final walk through to ensure that you are fully satisfied with the result.
Contact Us for More Information
Legacy Design Build Remodeling
Their talents and professional standards made the process and outcome of the renovation outstanding!!
Earl & Elaine F.
Phoenix, AZ
See All Reviews

Project Gallery
Realize the potential of your outdated space when you transform your home with a modern makeover.
Contact A Design Expert
Legacy Design Build Remodeling can upgrade your kitchen with stunning cabinetry, countertops, flooring, and more.
Contact A Kitchen Expert
Create your dream bathroom with stone countertops, additional storage, a walk-in shower, or any other fixtures you like.
Contact A Bathroom Expert
Increase your living area by expanding an existing room or adding a new room to your home.
Contact An Indoor Expert
Dazzle your friends and family while entertaining in your stylish and inviting outdoor living space.
Contact An Outdoor Expert
Select charming colors and stunning accessories to complete your new beautiful home remodel or addition.
Contact An Interior Design Expert
default
Kitchens
Bathrooms
Indoor Living
Outdoor Living
Interior Design

Before you go, fill out your information for a free consultation!